Nice sunny winters morning with a fast track that set the pace for good qualifying times. Pole was once again taken by Jarryd Evans (car #41), second Micheal Nel (back from 22 April’s crash) (car#10) and third Ryan McCarthy (car #5). All three of them managing to beat the previous best lap times on these new semi-slick tyres with Jarryd managing a 1:23.430 and with only 0.376 seconds separating the first three, setting-up for a great day of racing. The next 4 qualifiers also showed their intention of not letting the front runners get away and with only 0.563 seconds separating the 4, Glen Phillips (car #54), Fernando Rueda Jnr (car #20) being first in Silver albeit with little to no rear brakes in qualifying, Andrew Moffit (car #39) and then Richard Starkey (car #81) showing that the field was set for some intense racing.  The Bronze class was lead by Didier Koeul (car #70), flying the French colours high!

With the Mopar Campos 3-hour endurance race included in the days racing schedule, the Makita Formula Supercars and V8 Masters were combined for both races……. So rolling starts were the flavour of the day. From the word go it was clear that the top 7 cars were at one another’s bumpers with the V8’s forming the front part of the grid.

The first few laps were close but clean racing, with the first 7 Gold and Silver cars jostling for position showing good clean, but very tight racing! As ther race went on things definitely became rather interesting with corner 2 claiming a number of victims for the day.

First was Ryan McCarthy (car #5) who was running with a flat wing to try and make up for a bit of straight line speed, who spun off allowing a few of the other cars to get past him. But he recovered well and ended 5th in race 1. Then it was the turn of Fernando Rueda to have a misadventure and also have to work his way back up the grid.

A lap or two later, Didier Koeul (car #70) and Fernando (car #20) tried to share the same piece of tarmac and came together in corner 2, just avoiding further contact with the V8 Master’s coming through.

On lap 7, a V8 Masters car spun and was the next victim of the corner 2 saga and turned a section of the track into a rally cross circuit with sand and dirt all over the apex of corner 2. A bit more action ensued as Glen Phillips and Andrew Moffit’s epic battle for fourth slowed them down enough for Richard Starkey to take an opportunity to join in the battle for fourth on track. Unfortunately for Glen his luck ran out on the final corner of the race and had an off on corner 5 after a racing battle with Andrew.

Ryan McCarthy was pushing hard at the end of the race to recover from his spin and was closing hard on Richard Starkey, but just not enough laps to join the pack before the checkered flag.

Silver Class was won by Richard Starkey (#81) who was also 4th overall on track, followed by Fernando Rueda Jnr (#20)

Bronze class was won once again by the consistent Nashreen Schloss (#7), showing the boys that they cannot have it all their own way.

The grid inversion rules promised to spice things up a bit for race 2, with relative rookie Richard Starkey (car #81 in Silver) starting on Pole position with the winner in race 1 Michael Nel (car #10) in 6th place on the grid.

The start was a rolling start behind the V8 Masters. Glen managed to hold on to the outside line of corner 1 with Richard giving him some space, leading to quite an eventful second corner. Richard and Glen came into corner 2 side by side with Glen having the inside line. Under brakes Ryan gave Glen a bump from behind and in turn Ryan received a greeting from Andrew behind him……. Glen and Andrew both went farming with Glen managing to rejoin and have an epic drive to catch the pack later on, but Andrew was out of the race. Ryan emerged the victor from the corner 2 and took the lead where he held his position comfortably until the end and took top honours in the race.

Richard somehow managed to avoid the corner 2 chaos and was in second place for a few laps but could not keep up with Ryan. In the following laps the pack lead by Jarryd managed to reign in Richard and enjoy a good clean race with no further major incidents.

Gold Class : Michael Nel (car #10) who started in 6th place on the grid also had a good race fighting his way through the field and with 2.054 seconds behind Ryan McCarthy (car #5) took second place with Jarryd Evans (car #41) in third place.

Silver Class: Fernando Rueda Jnr (#20) showed his pace and gave the Gold class drivers a run for their money,

Bronze Class: A French affair with Didier Koeul (#70) taking top honours just ahead of Nashreen Schloss (#7) right on his heals.

Overall honours for the day: 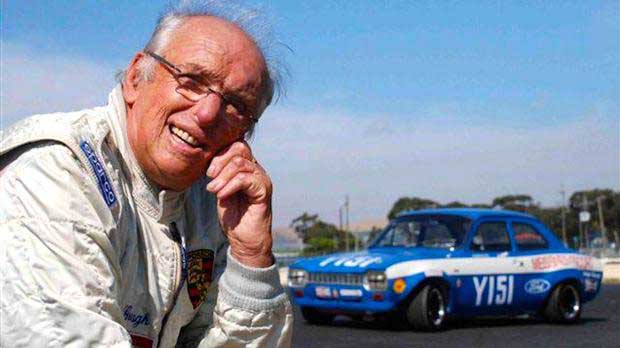